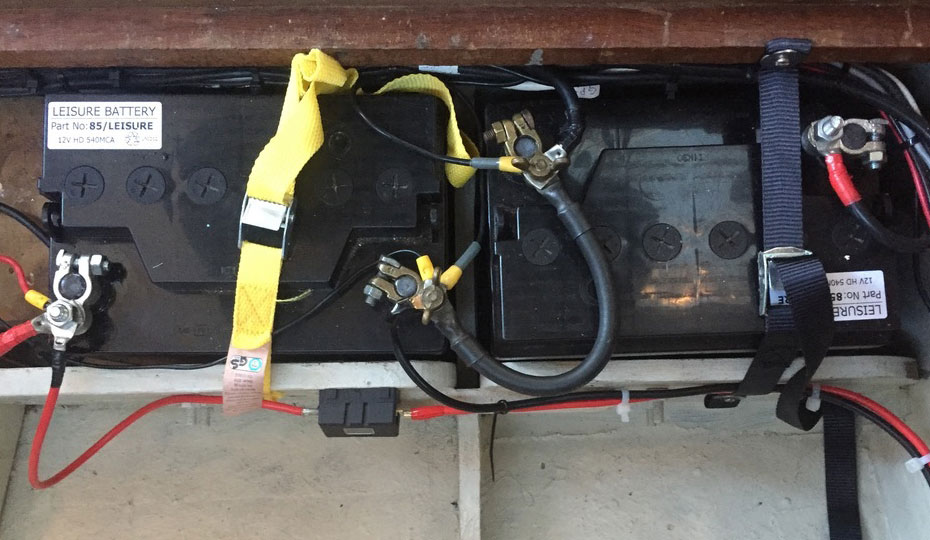 It is important for all boat skippers to have a basic knowledge of boat electrics and this includes understanding how batteries work. Under-sized battery banks are one of the key factors behind power failure at sea, as well as the premature failure of batteries. It’s therefore worth analysing the set up on your boat when it’s ashore in the boatyard to see whether it measures up to the use you put it to. 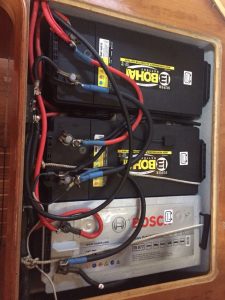 An automotive-type battery, of a similar specification to those used in cars, can be used to supply the starter motor with the very high loads for the few seconds it takes to start the engine. This type of battery, however, is not suitable for powering the boat’s other systems, which will typically draw a relatively small amount of power for many hours, or even days, at a stretch.

Deep-discharge (or traction) batteries are designed for slow discharge over a period of time, before being recharged when the engine is running or via shore power chargers, or solar or wind generators. This type of use would quickly destroy an automotive battery, but a good leisure battery will withstand several hundred such cycles. However, discharging even the best deep discharge batteries below 50 per cent of their rated capacity will dramatically shorten their life.

There are various grades of such battery – the cheaper ones are not sealed and will need topping up with distilled water from time to time and are likely to have a shorter life span than more expensive models. Gel and AGM type batteries cannot spill battery acid and don’t produce potentially explosive hydrogen gas when charging. They can withstand many more charge-discharge cycles than conventional deep discharge batteries and so have many advantages for use on boats, despite their higher initial purchase price. Some are also capable of being used for both starting and deep cycling applications.

All batteries loose some of their charge over time. When storing them over the winter, ensure they are fully charged at the start of the storage period and, if possible, charge once a month to maintain the charge level. Modern three-stage and four-stage mains powered chargers may be left connected permanently. 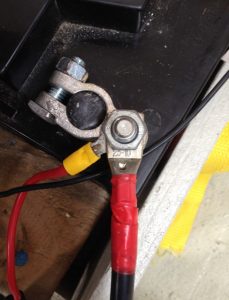 Calculating your estimated daily power usage, by multiplying the current in Amps of each device by the length of time for which you expect to use each it, will help determine the size of the batteries needed for the boat. If you aim to charge once a day and don’t plan to discharge the batteries to more than 50 per cent of their total capacity, your battery bank should in theory be at least twice the size of your estimated daily power usage.

However, even with good battery charging technologies it becomes increasingly difficult to cram the last 20 per cent of charge into a battery. It’s therefore best to size battery banks at around three times the expected daily power usage. Even then, this gives little scope for adding new power hungry devices such as a fridge or electric autopilot and even with correctly sized batteries it’s important to maintain a watch over the battery state throughout a voyage.

Keeping a boat maintenance log is an ideal way of reminding owners what needs to be done to a boat and when. Read on for some tips,...
Read More