In our series of Safe Skipper blogs on first aid at sea, here are four common emergencies skippers should be prepared for at sea. Knowing how to cope with them could well save a life, while not knowing could result in an avoidable tragedy. In this blog we look at what to do in the event of a crew member choking, drowning, or suffering from hypothermia or fatigue. 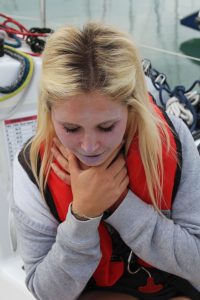 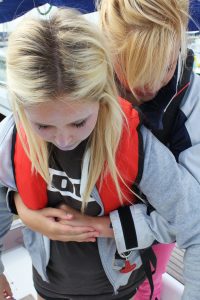 If the larynx is blocked and the victim cannot breathe, give several strong blows between the shoulder blades while supporting their chest. If this fails to relieve the obstruction, try abdominal thrusts by standing behind the casualty, clasping your hands together, positioning them on their abdomen and pulling inwards and upwards four or five times. If the casualty becomes unconscious, begin CPR. 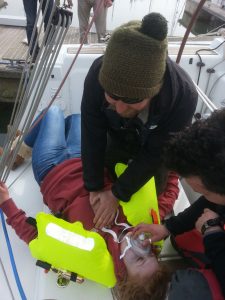 Someone who has been recovered from the water and is unconscious should be treated for drowning as follows:

Monitor the casualty closely and when they regain consciousness be aware of the risks of secondary drowning, where the lungs are damaged after inhaling water. This can occur up to 3 days after the accident, so a casualty who has recovered from near drowning should always go to hospital for a check up. 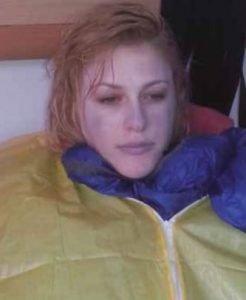 Normal body temperature is 37ºC.  A person becomes hypothermic if their body temperature drops below 35ºC. The same applies to those suffering from hypothermia as to those suffering from seasickness and fatigue. That is, you should be alert for the early signs and take what action you can to remedy the condition as soon as possible.  At sea, hypothermia can occur gradually after prolonged exposure to cold, wet and windy conditions on deck, or more suddenly after immersion in the sea.

Early signs of hypothermia include: shivering, slurred speech, clumsiness, irritability and memory loss. The sufferer develops pale skin, slow breathing and a slow pulse. The next stage, severe hypothermia, is complete collapse and unconsciousness and if unchecked, the heart eventually stops.

Signs of severe hypothermia are as follows:

Fatigue can be a major problem at sea, as people begin to make mistakes when they are tired, whether incorrectly plotting a position, slipping on deck or becoming short tempered with others.  On a long cruise, it is a good idea to agree a watch system which everyone on board keeps to.

Jester Challenge – A modern experiment in old-fashioned self-reliance, self sufficiency, and personal responsibility. This is the fifth of a 10-part post where solo sailor, Bernie Branfield, shares his first hand account of his single-handed, 2022 Jester Challenge, from Plymouth, UK to the Azores, in his 26′ Invicta Mk2, Louisa.