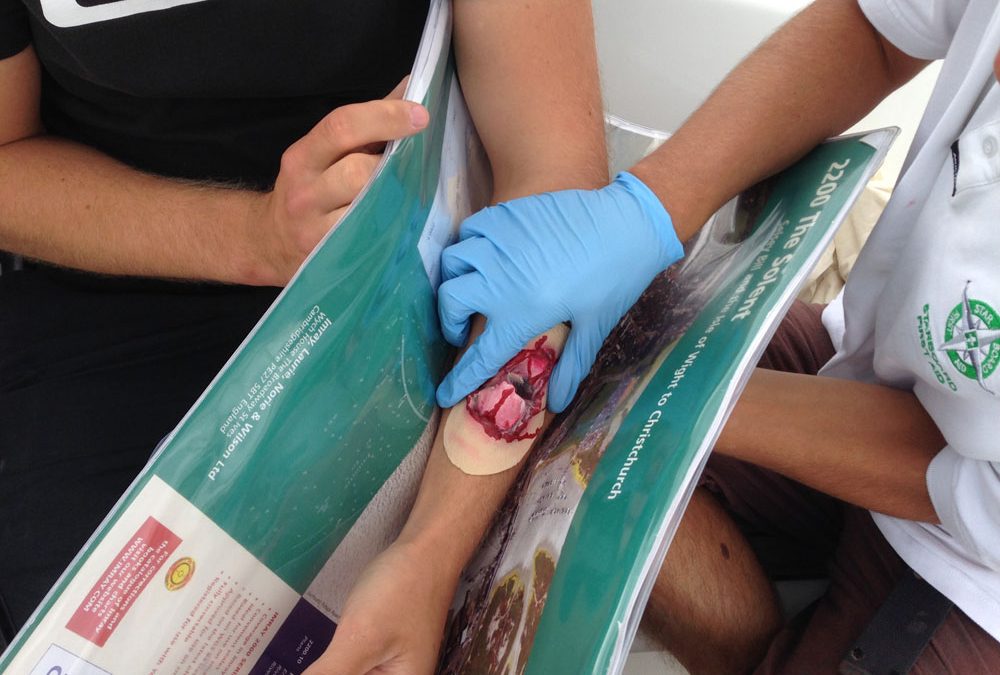 Moving about a boat at sea often results in a few knocks and bruises, but if a crew member has a fall or major bump and is in serious pain, they should be examined and treated accordingly. The risk of this happening can be reduced by keeping one hand holding the boat at all times and by keeping knees bent and weight low.

There are two kinds of fracture, open and closed.  An open fracture is where a broken bone has punctured the skin and is visible, whereas a closed fracture remains beneath the skin.  An open fracture carries a high risk of infection and the casualty will most likely suffer bleeding and shock.

Sprains, strains, dislocations and closed fractures have similar symptoms and if in doubt it is best to treat them all as a fracture and to immobilize the injured limb and make the casualty comfortable.

The signs and symptoms of a fracture are: 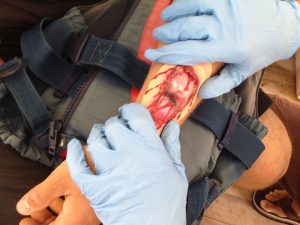 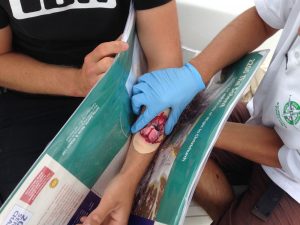 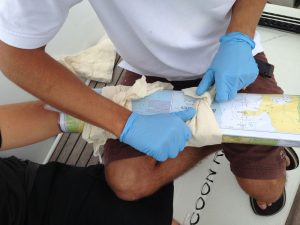 The most common cause of head injury at sea is when a crew member gets hit by the boom. If this happens, the casualty should be examined straight away and you should send a MAYDAY immediately if the casualty has been knocked unconscious and is not responding. If the casualty quickly regains consciousness then assume they are suffering from concussion. Send out a PAN PAN and ask for medical help and the best course of action. 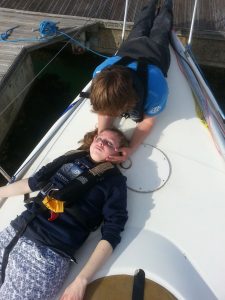 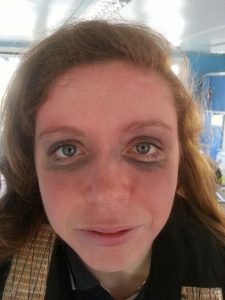 A blow to the head from the boom may result in a skull fracture or bleeding and might also cause a neck or spinal injury.  A fractured skull is a very dangerous injury and can occur even if the patient regains consciousness. The casualty needs urgent treatment ashore and immediate evacuation.

How to respond to crew overboard under sail • Keep the MOB in sight • Tack into the heave-to position, do not adjust the...
Read More