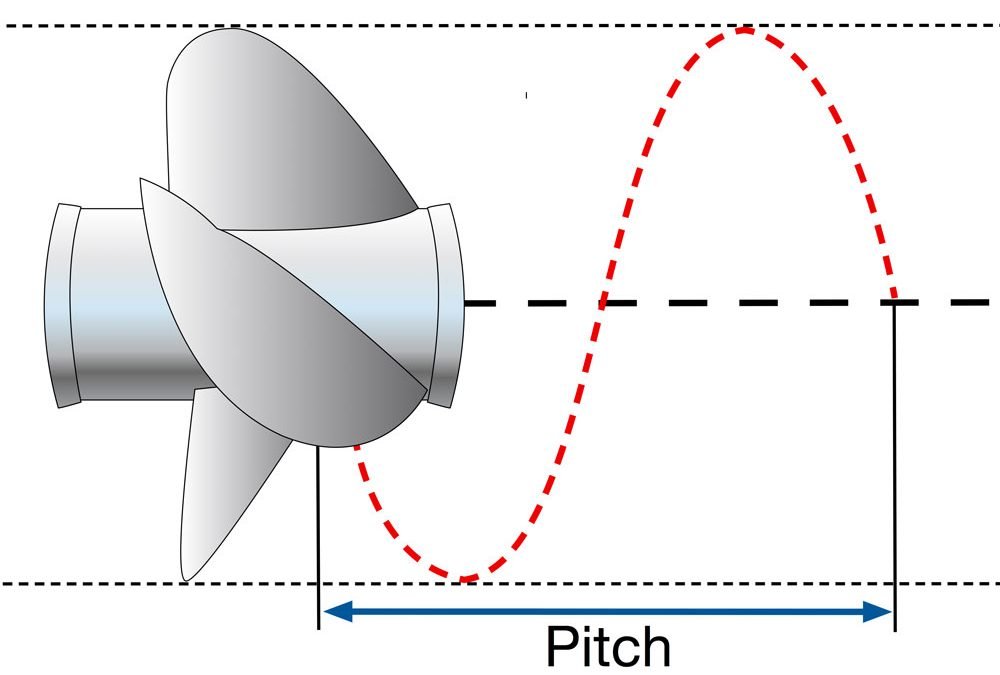 Have a look around any boatyard and you will notice quite a variety of propellers – some have two blades, some have three and others have four or more. While most propellers are completely rigid some have blades that fold. Propellers can be right handed, where they turn clockwise as they move forward, or left handed where they turn anti-clockwise. All these variations come about because different types of propeller are suited to different types of boats, engines and transmissions.

The scientific theory behind how a propeller works is quite complex and if you are contemplating buying a replacement propeller for your boat then it would be advisable to read up about propeller theory and hydrodynamics in some detail – what follows here are just a few basics.

A ship’s propeller is often referred to as a “screw”, but since water is a liquid rather than a solid this analogy is a little misleading as a propeller can also be described as a type of foil or pump, which are nothing like a screw.

A propeller works by converting torque (a force that causes something to rotate) into thrust. A turning propeller moves water downwards and behind the blades, in other words an action which produces a thrust of water from the blades. Each blade has a distinctive curved shape which as it turns helps to move the water down and behind it, acting like a foil in the process and then pumping the water out behind. It acts like a foil because the angle of the blade creates lift as it moves through the water, in a similar way to how a wing creates lift through the air, with a positive pressure, or pushing, on the underside and a negative pressure, or pulling effect on the top side. This accounts for why a propeller blade is also twisted – its shape helps it create lift.

Going back to the screw analogy, if a propeller was screwing its way through a piece of wood, the distance it would move in one revolution is equivalent to the propeller’s pitch, so for example 20cm. The diameter or width of the propeller might be 40cm. Diameter and pitch are the two key dimensions given to describe a propeller and are usually marked on the hub of  a propeller, for example in this case 40 x 20.

Two other factors to be aware of are “advance” and “slip”. Advance refers to the actual distance a propeller moves through one rotation and slip refers to the difference between the pitch and the advance.

Number of blades and folding props

Why the different number of blades? What about props that fold? The quick answers are as follows: 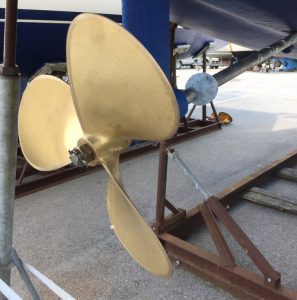 Boating emergency – how to broadcast a MAYDAY emergency call

How to respond to crew overboard under sail • Keep the MOB in sight • Tack into the heave-to position, do not adjust the...
Read More