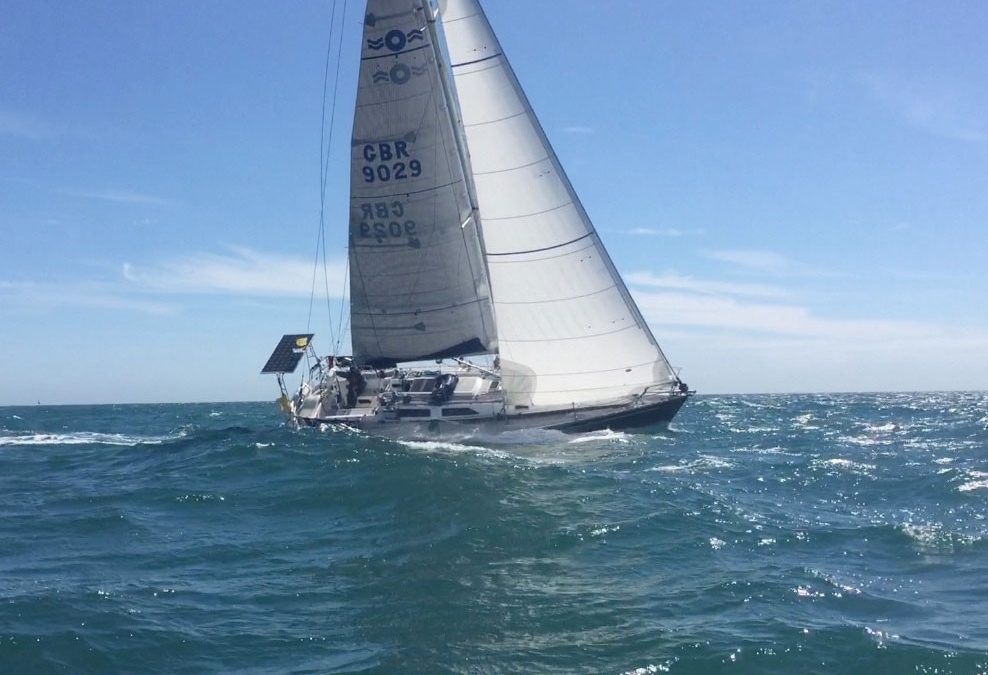 There are several ways to improve the upwind performance of a sailing yacht. Read on for some useful tips that should help in the upcoming season.

One of the easiest ways to boost windward performance is to make sure your boat has a clean bottom, as even a coat of thin slime is like towing a bucket behind the boat. By the time green weed starts to grow, the frictional resistance of the hull will be increased by 20-30 per cent. Given enough power, whether from sails or engine, you may still be able to reach a respectable top speed, as wave making resistance starts to greatly outweigh friction. However, when sailing to windward you’re never at top speed and reducing frictional resistance is a much larger part of the overall equation. 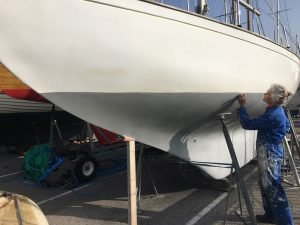 Unfortunately, large overlapping furling genoas are not efficient if you’re trying to sail with the wind well forward of the beam in a strong breeze. The problem is that, once the genoa has been furled by more than a few turns the luff becomes very baggy, which reduces the boat’s ability to point close to the wind and increases heel without a corresponding increase in drive.

There’s no doubt therefore that more modern rigs, with a small non-overlapping jib, rather than a large overlapping genoa, are easier to configure for sailing upwind efficiently in a range of conditions. Decent reefing systems will tame the mainsail easily, while the jib won’t need many rolls to reef down to almost storm jib size.

However, some older boats can be successfully modified by changing to a non-overlapping jib and then adding a longer boom to give more mainsail area. This might be expected to increase weather helm, but in fact much of the area of an overlapping genoa behind the mast is also aft of the centre of lateral resistance and therefore contributes to weather helm. 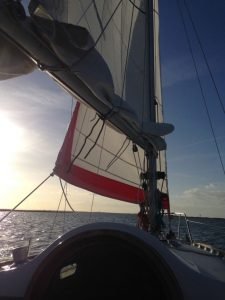 An alternative is to fit an additional removable forestay, just behind the main one, on which a separate small jib can be set. This can be a powerful arrangement, especially with a sail designed specifically to be at its optimum in heavy winds, and also makes setting a storm jib easy as it can be hanked to the same stay.

In the past such removable inner forestays were all made of stainless steel rigging wire, but the development of materials such as Dyneema from which rope as strong as steel can be produced means this is now frequently used for the purpose. 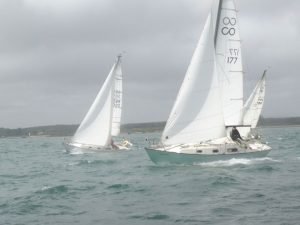 It’s not surprising that this is a popular move if you have a good distance to travel to windward. In many cases it can give a useful boost to boat speed and allow you to steer closer to the wind than otherwise. However, don’t be tempted to steer directly into the wind as the boat will be slowed by taking waves head on and if the mainsail is allowed to flap this increases drag, as well as damaging the sail cloth.

There is, however, a drawback to relying on the engine for a windward passage in heavy weather. The motion of the boat is likely to disturb any sediment that would otherwise be sitting on the bottom of the fuel tank, with the result that this can block the fuel filters after a period of time and stop the motor. Time to check those filters perhaps?

Five dangers a vessel may encounter at sea

What are the main dangers a vessel may face at sea and what should skippers do to reduce the risk of these happening?