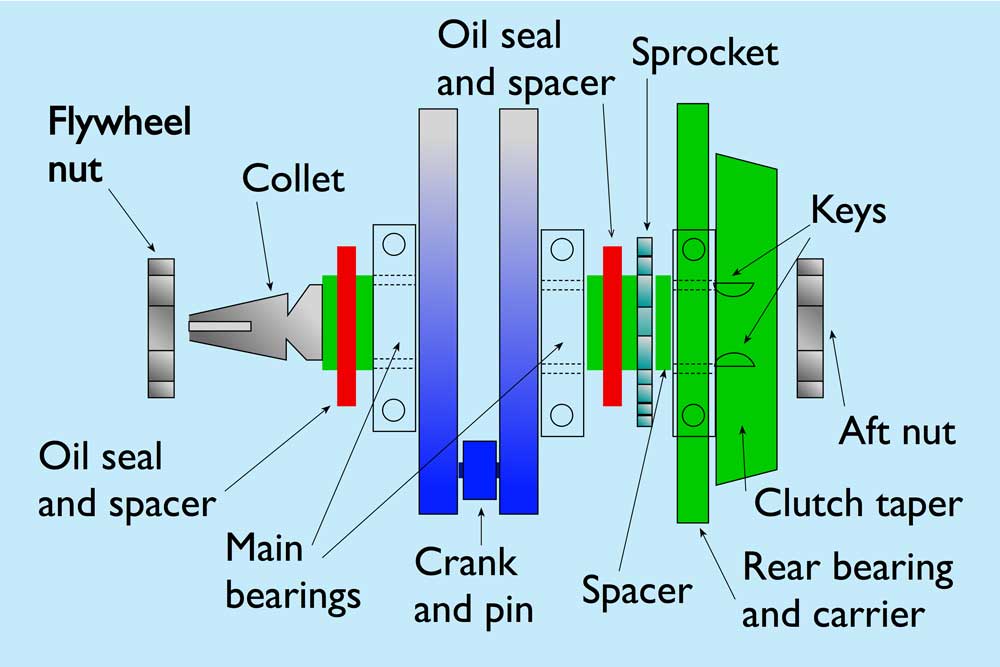 The regular maintenance of a marine diesel is key to preventing engine failure at sea. This means doing regular checks of the fuel, cooling, electrical and oil systems. The oil system needs daily checks of the engine oil level and additional checks for oil leaks.  It is also important to follow the manufacturer’s recommendations for changing the oil and replacing the engine oil filter. 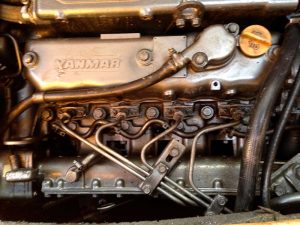 Why is oil so important?

Most of us know that checking the oil regularly is a good idea and that oil reduces friction and wear of an engine’s moving parts, but engine oil does more than this. As it circulates, it helps cool the engine, it reduces corrosion and it also cleans the engine by removing carbon deposits and tiny metal particles. Failure to change the oil results in increased engine wear as all the carbon and metal particles build up, making the oil dirtier and dirtier.

While all that may make obvious sense, why is it necessary to change the oil when the boat is brought ashore for the winter? After all, the engine is not going to be used for several months. The reason for doing this is that old engine oil gets contaminated from the harmful by-products of combustion, making it very acidic. This corrodes the engine and shortens its life. Replacing the old oil with clean new oil will help to protect the engine.

It is also important to buy the grade of oil that is recommended by your engine manufacturer, so once again this is a case of consulting the manual for the correct type to use. This may prove to be more expensive than the average car engine oil, but when it comes to boat engines it is best to follow the manufacturer’s advice. This can be a particular problem for older engines where the specified oil is not widely available.

The recommended grade of oil for your engine will be given as an SAE (American Society of Automotive Engineers) grade. The SAE grade system refers to the viscosity or thickness of the oil where the higher the number the greater the viscosity, for example a SAE40 is thicker than a SAE30. A low viscosity oil such as 10W (“W” stands for winter) will flow better in low temperatures as it is thinner, meaning the engine will be easier to start and better protected in colder temperatures. 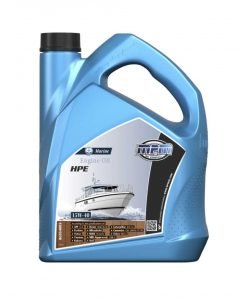 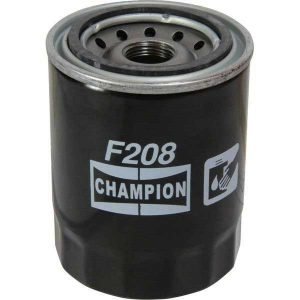 It helps to check and learn the specific requirements for your engine and to keep a record of when you change the oil and filter. It also helps to keep a log of the engine hours and the manufacturer’s recommendations for oil changes – usually every 200 or 250 hours or so.

If your engine has been leaking oil then it would be wise to check out what is causing the leak – either a failed gasket, a failed seal or worn piston rings. Some leaks are easier to deal with than others, so you will need to decide whether this calls for a professional repair or if it is something that you can do yourself. This very much depends on your engineering skills and experience.

The first thing to do is to wipe the engine and bilges clean and try to pinpoint where the leak is coming from, which is easier said than done in a cramped engine bay but rather easier when all round access to the engine is possible. Then check: 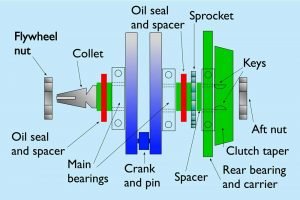 After a long period of disuse (over the winter for example), all the oil makes its way down into the sump. When the engine is started, the moving parts including the cams and bearings may have become completely dry and will be subject to dry friction, causing harmful metal abrasion. To overcome this problem at the beginning of the season, you can spray a small amount of oil into the air inlet and then turn the engine over without starting it. This will provide a coating of oil in the cylinders and reduce the friction.