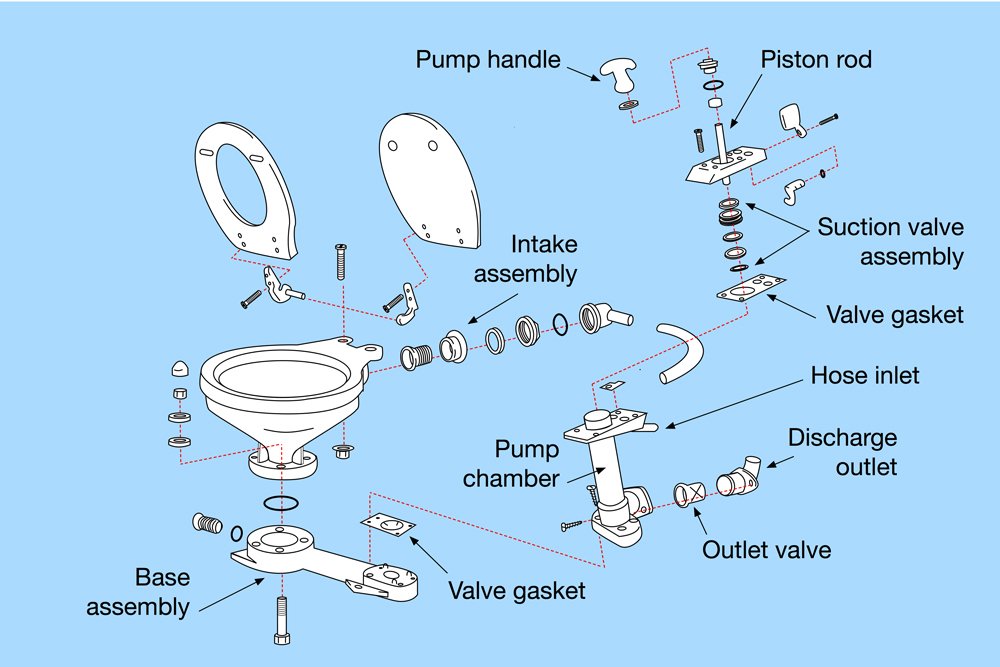 There are a number of different types of marine toilet, or heads. They fall into one of three categories – manual, electric and vacuum, the most common being the manual, hand pumped type. These have double acting piston-pumps which both discharge the waste and flush the toilet with sea water.

The main issues that cause problems with the heads through the boating season are scale deposits, blockage and unpleasant odours.

A build up of scale deposits in the hoses and toilet system cause the heads to become harder and harder to flush and the valves no longer function either. I have found the easiest way to avoid this happening is to flush the system with white vinegar from time to time. The vinegar dissolves the scale and will keep the problem under control.

One technique used is to remove the clogged pipes from the boat when it is in the boatyard and bash them against a wall or hard surface, which breaks down the calcium and this then falls out of the pipe.

At some time or other most boat owners have had to deal with a marine toilet blockage or malfunction which they would rather forget about. This is seldom the fault of the system but more often than not is because an object other than human waste has been put in the toilet. Clear instructions need to be given to all those who come aboard how to use a marine toilet and these instructions should be provided in the heads also, to remind users and avoid embarrassment. Keeping a small waste bin in the heads is also advised.

Clearing a blockage in a manual toilet is done as follows: 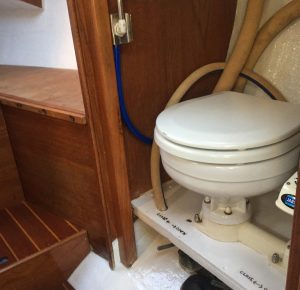 The main source of bad odours comes from anaerobic bacteria which break down sewage. These bacteria do not need oxygen to live while aerobic bacteria, which also break down raw sewage, do. Keeping the system aerated is therefore desirable as non smelly aerobic bacteria will thrive. This can be done by ensuring holding tanks have proper air vents fitted and that stagnant effluent is not allowed to remain trapped in hoses. Chemical treatments are available as are fresh water flush systems.

Poor quality outlet hoses that are not of a recommended sanitary grade should not be fitted to a toilet system as odours can find their way through the piping, even if liquid does not. To check if a hose is the culprit, the easiest way to do this is to rub a clean cloth along it and then smell the cloth. The remedy here is to replace such permeable hoses with the correct grade, which may be expensive but necessary. If your boat does not have sanitary grade piping then this might be a boatyard job worth considering.

Leaks are another cause of bad smells, so it is worth keeping a check of all the joints in the sanitary system through the season, as the smallest leak will need to be dealt with.

Other causes of bad smells come from rotting organic matter such as seaweed and small marine organisms becoming trapped in the water inlet system or even in the toilet itself. One remedy for this is to fit a raw water strainer, similar to the strainers used for engines. Another is to get into the habit of doing fresh water flushes of the heads which entails closing the seacocks and connecting to fresh water in order to do so.

Marine toilets should be drained completely, both as protection against frost damage and to prevent anaerobic bacteria from growing in the pipework which causes unpleasant smells. Follow the manufacturer’s instructions on how to drain the system ashore, which typically include the following steps:

Note: the use of anti-freeze is not recommended as it is impossible to ensure that it penetrates the complete toilet system. If it is used, it must be glycol based.

Servicing the heads or replacing worn parts is not too horrendous a job when done ashore. Service kits and replacement parts are readily available and comparatively easy to instal – though with boats we all know that is easier said than done.

Manual heads have a pump with a system of valves and seals which need replacing periodically as they become worn or damaged by calcification. When this happens they begin to leak. A service every year or two, depending on usage, is advisable and service kits are available. Make sure you have the correct service kit for your model of toilet together with the manufacturer’s instructions. Here is a very abbreviated list of instructions to give an idea of what is involved:

Five dangers a vessel may encounter at sea

What are the main dangers a vessel may face at sea and what should skippers do to reduce the risk of these happening?

Most weather forecasts present a general picture of what to expect in your area over a given period of time. We rely on such...
Read More 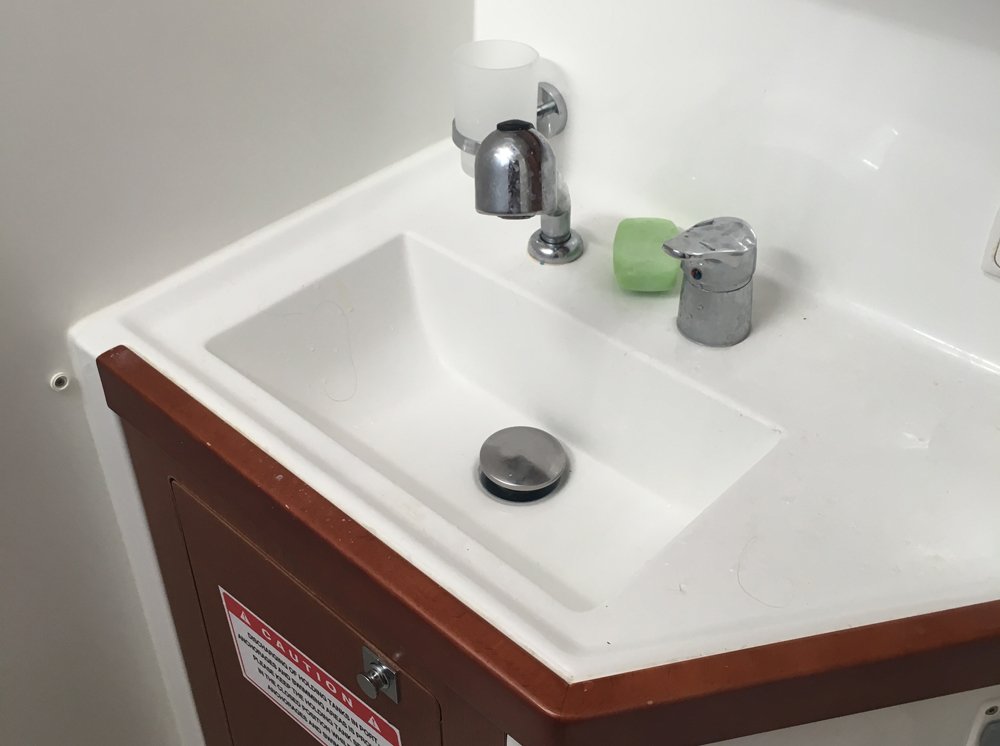