Narrowboating on the Kennet and Avon Canal 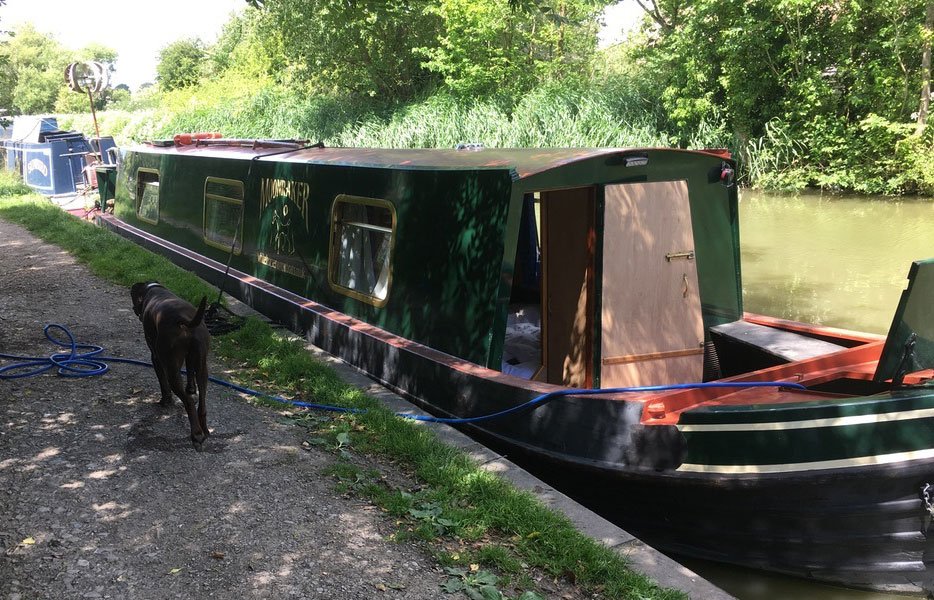 A recently cancelled sailing event I was due to take part in left us with a free weekend in the diary. Given that my wife and I were celebrating a bumper wedding anniversary and the weather forecast was for fine weather, we decided to hunt around for a last minute canal holiday.

There is a network of more than 2,000 miles of historic canals and rivers across England and Wales.  Most of the canals were built in the 18th century during the industrial revolution, well before the railways were developed. The network has a long history used primarily for the transport of heavy goods though most have now been adapted for recreational use. 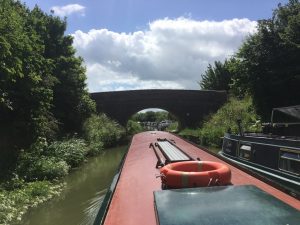 Our search led us to Devizes in southern England where there was a 47 foot narrowboat named Moonraker available for three day’s hire from www.whitehorsenarrowboats.co.uk on the Kennet & Avon canal. 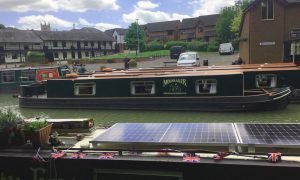 The Kennet & Avon canal has an overall length of 140 km and was constructed between 1794 and 1810 to form a waterway that links Bristol with London via the Rivers Avon, Kennet and Thames. Although originally the canal was designed to carry heavy goods such as coal and stone in horse drawn barges, today it is used solely for recreation after falling into decline during the early 20th century, following the introduction of railways in the 19th century. 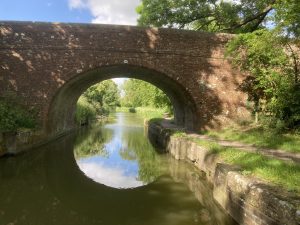 A 47 foot boat might sound excessive for two people, but narrowboats are as their name implies very narrow, with the accommodation in a long pencil shaped line.

Moonraker was beautifully maintained with shiny new paintwork, varnished wood work and polished brass fittings. Down below it was very comfortable with an excellent galley complete with gas cooker, pressurised hot and cold water, fridge, plus crockery, cutlery, glassware, pots and pans. There was a good sized heads with shower, basin and WC. USB ports and a 240 volt inverter for laptops and phone chargers were also provided. 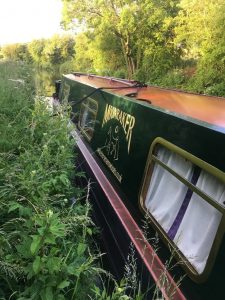 The brand new diesel engine conforms to the latest emissions standards and was very fuel efficient, using a meagre 20 litres of fuel over the three days. This impressive fuel economy is achievable by keeping the revs low and proceeding at walking speed, which prevents wash from damaging the canal banks and also prevents disturbing moored boats. One of the many joys of canal boating is that it slows you down, literally, and it doesn’t take long to feel completely relaxed. UK canals have a 4 mph speed limit so this needs to be factored in when route planning.

Rules of the road

For those used to boating in crowded harbours and inshore waters, where strict observation of collision regulations is essential, navigating on a canal is much more straightforward.  The basic rules of the road are: 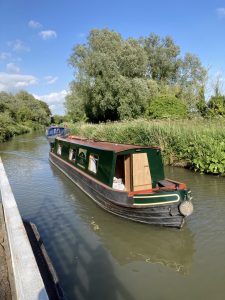 There are plenty of places to moor along the towpath side of a canal, for short stays or overnight. Restricted areas are clearly signed and the non towpath side of the canal is normally restricted also. You should also avoid mooring near bridges, sharp bends or angling spots.

Popular places to stop include alongside pubs and cafes. Here you will find mooring rings and bollards and a maximum stay usually of up to 24 hours. 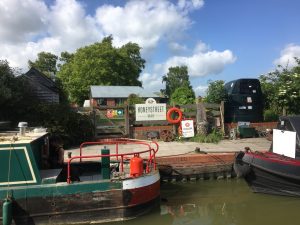 We prefer to aim for the quieter stretches, where you simply choose a spot, slow down and head for the canal bank at a 30º angle. When you are a couple of metres away from the bank, simply straighten up and put the engine in reverse for a few seconds and you should come to a stop alongside. Once you have practised this manoeuvre a couple of times you soon get the hang of it.

Moonraker was supplied with a boarding ladder, three steel mooring pins, a lump hammer and mooring lines. To moor the boat, you step ashore using the boarding ladder and then hammer in the pins at a 45º angle and tie up with the mooring lines. Doing all this is again straightforward, but for obvious reasons you should not hammer the pins into the towpath to prevent tripping up passers by.

On a weekend break it is likely that you will need to turn the boat around and head back to where you came from. Given that most canal boats are longer than the width of a canal, turning around is done in specially designated turning points known as winding holes. These are usually miles apart, so you need to plan ahead and keep an eye on the map. In our case we used an app called Open Canal Map which tells you where you are. 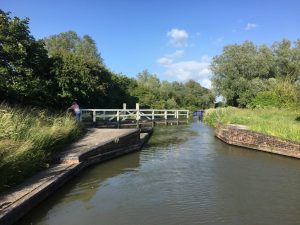 To turn around, steer the boat slowly into the widest part of the winding hole until the bow touches the bank. You then engage forward gear and the boat will slowly pivot against the bank, while keeping the tiller pointing towards the bank. Once the boat has turned sufficiently, you then engage reverse gear and head back to the opposite side. You then move back into forward gear and you should be able to steer clear. I took a couple of attempts at this but we got round in the end.

I would thoroughly recommend a narrowboat holiday on the Kennet & Avon canal for those looking for a relaxing break in the UK. We did not encounter any locks which would have added to the fun but there were a few swing bridges to contend with. We also enjoyed some fabulous walks in the Wiltshire countryside.

Moving about a boat at sea often results in a few knocks and bruises, but if a crew member has a fall or major bump and is in serious pain, they should be examined and treated accordingly.

SafeSkipper20 hours ago
⛵ Sailing Single Handed to the Azores. Part 9 - Around the Azores ⚓

SafeSkipper2 days ago
Commissioning a yacht survey before buying a boat is essential due diligence, but how should you go about it? Here's our complete guide