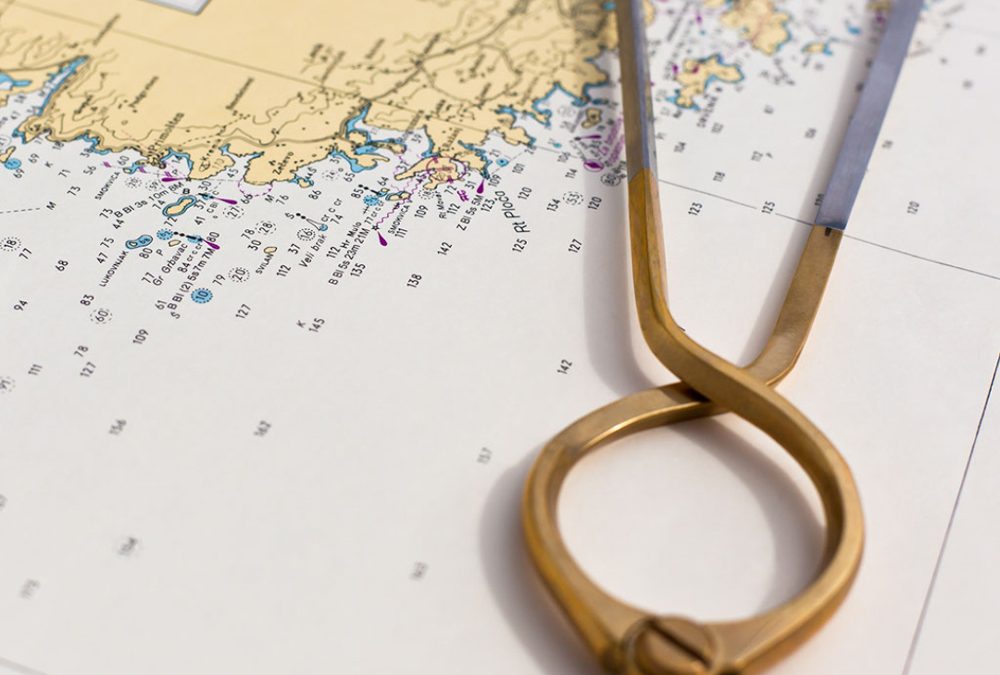 In this age of easy to use and highly accurate electronic navigation, conventional paper nautical charts are still regularly used by mariners. Even in cases where electronic charts have replaced them for primary use, paper charts are a reliable backup should the system fail, providing the same navigational essentials at a variety of scales. 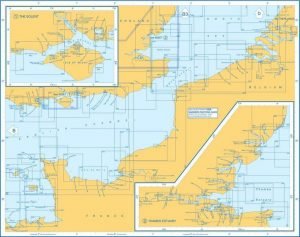 The nautical chart is an indispensable tool for navigation. A chart is a graphic representation of an area of the sea which might also include coastlines, estuaries and islands. All cruising leisure boats should carry up-to-date paper charts. Most also carry electronic charts which are viewed on chart plotters. There are also electronic nautical chart apps which can be downloaded onto tablets and smartphones.

Tip: Depths of water are normally given in metres, sometimes in feet. The units are clearly shown with the title information of each chart

Horizontal and vertical lines go across a chart at regular intervals, forming a grid. The lines are measured in degrees and are read from scales on the edges of the chart. 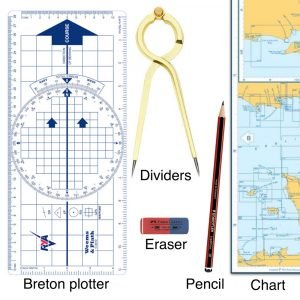 Traditional navigation methods use basic tools including a Breton plotter and single-handed dividers. Navigators use soft pencils to draw position marks and lines on paper charts which can easily be rubbed out after a trip.

To pinpoint a position on a chart, dividers are used to measure the distance to the nearest horizontal and vertical grid lines from the position being measured.

To measure the distance from one object or position to another on a chart, the latitude scale at the side of the chart is used. Navigators never use the longitude scale as meridians are not parallel. The distance between them gets less as they converge towards the north and south poles. 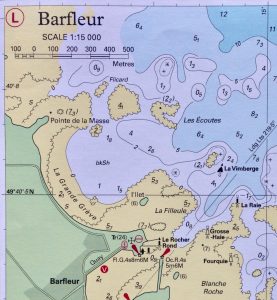 Just like land maps, charts vary in scale considerably. They include:

Jester Challenge 2022 – Sailing single handed from Plymouth UK to the Azores: Part 8 – Arriving at the Azores

Jester Challenge – A modern experiment in old-fashioned self-reliance, self sufficiency, and personal responsibility. This is the eighth of a 10-part post where solo sailor, Bernie Branfield, shares his first-hand account of his single-handed, 2022 Jester Challenge, from Plymouth, UK to the Azores, in his 26′ Invicta Mk2, Louisa.