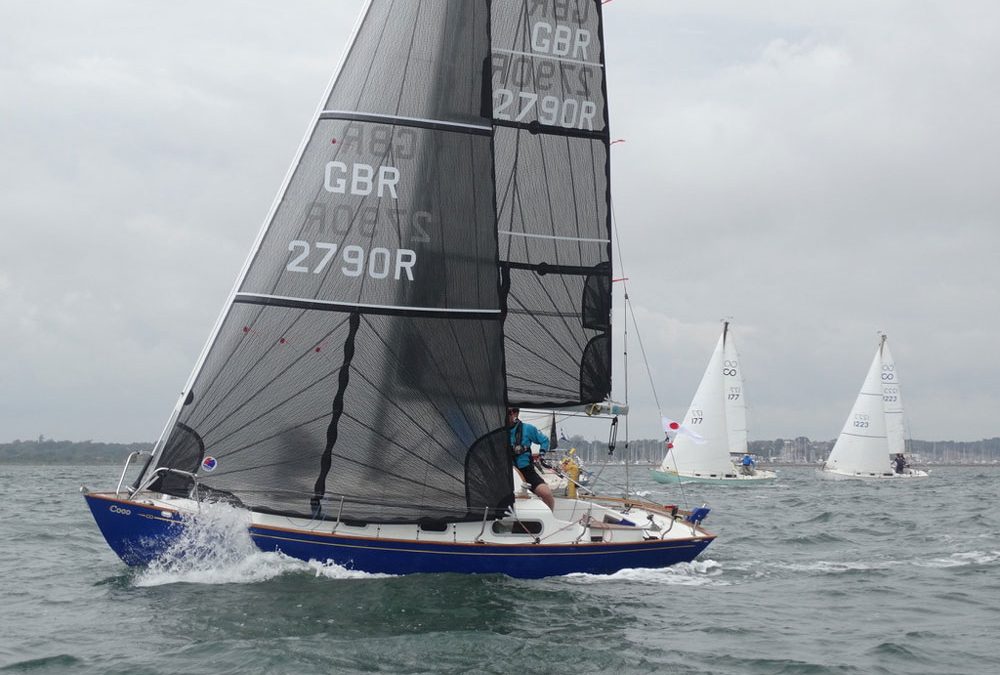 For most sailors, sailing upwind is the most exhilarating point of sail as you tack your way to your destination. Sailing to windward is a bit like zig-zagging your way up a mountain road through a series of hairpin bends – great fun but also calling for concentration and hard work. Your passengers might not necessarily share your enthusiasm, especially in strong winds as the boat’s motion and angle of heel can become uncomfortable and pounding through waves can give everyone on deck a thorough soaking.   As the winds strengthen, there’s a lot that can be done to make the boat more comfortable and go faster.

One of the most common mistakes is to point too close to the wind. If you’re not an accomplished racing helm, and don’t have a race prepared boat it’s almost always faster to bear away 5-10 degrees, ease the sheets a fraction and aim for increasing boat speed at the expense of a super-close angle to the wind. The reduction in leeway will instantly give you back half the angle, while your speed may increase by as much as 20 per cent. The boat will also be easier to steer and many will not slam as much into the waves. 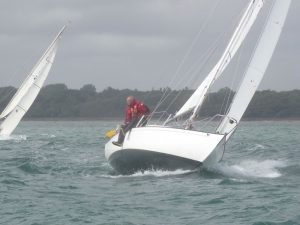 The wind rarely blows from a constant direction for any length of time. Instead it can either oscillate every few minutes each side of an average direction, or will have a tendency towards a permanent slow swing in one direction or the other. Both these effects can be harnessed to make a windward passage faster.

With an oscillating wind, if you tack with the biggest wind shifts you may gain up to 20 degrees in terms of direction, simply by making sure you’re on the favoured tack as much of the time as possible. For instance, if you’re beating against a wind that is, on average, from a northerly direction, you will benefit from being on port tack when it backs west of north and on starboard tack when it veers east of north. 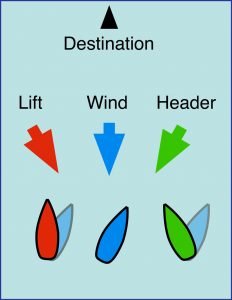 Traditionally, racing sailors would remember their average course on each tack, or make notes, but figuring out which tack is favoured is much easier now as some chart plotters display a graph of historic wind data for up to one hour.

A different strategy is needed if the wind is swinging (or forecast to swing) in one direction. Here we’re not really interested in any short term oscillations, instead if we simply start on the tack that takes us towards the new wind direction, when the big wind shift comes we will be on the favoured tack and may even have a free wind.

For instance, if you know that a northerly wind will swing into the northeast, start out heading in that direction on port tack. If you then tack onto starboard when the wind shift arrives you’ll have an easy sail to your destination. However, a boat that started out at the same time on port tack will again be directly downwind of the destination port after the wind shift.

Tips on sailing to windward: