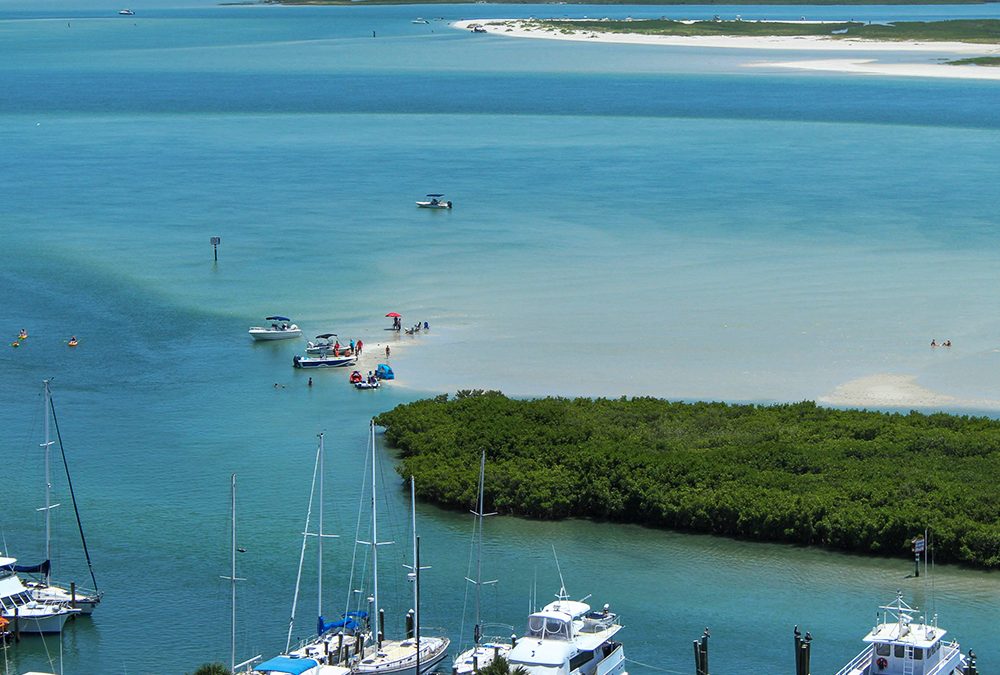 If you are used to sailing in tidal waters, you will know that tides can be both a benefit and a hindrance to the sailor. In many ways, the benefits far outweigh the disadvantages as tides can offer the navigator a free ride, provided they have correctly factored the high and low water times into their passage plan. If a trip does not go to plan, then being caught in an adverse tide can seriously slow you down.

For those not so familiar with sailing in tidal waters, here’s a guide to the basics.  Tides are the rise and fall of the sea level caused by the gravitational pull of the Moon and the Sun on the Earth.  As the sea levels rise or fall, a flow of water or tidal stream results, creating a horizontal movement that flows backwards and forwards according to the height of the tide.  The frequency, heights of sea level and speed of the tidal streams vary considerably around the Earth’s surface. Detailed data are available to the navigator in tidal atlases, charts, nautical almanacs, mobile applications and online. 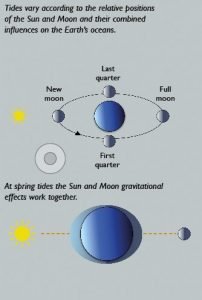 To understand the basic principles of when and how tides and tidal variation occur, it helps to study how the Moon orbits the Earth and in turn the Earth rotates on its axis as it orbits the Sun (see diagram).

Some vital statistics which are useful to know:

When the alignment of the Sun, Moon and Earth happens, the gravitational pull of the Sun and Moon on the Earth are at their greatest, resulting in spring tides.  At spring tides, the heights or range of high and low water are at their greatest and tidal streams will reach their fastest speed.  As the Sun and Moon fall out of alignment, the effect of their combined gravitational pull weakens until they are at right angles to each other.  At this point neap tides occur, when the tidal range is at its lowest and the tidal streams will flow at their slowest. Other factors also come into play to further complicate how tides behave, but it helps to grasp these basic principles in order to understand the forces at work.

Around the coasts of north-western Europe and the east coast of North America, tides occur twice daily.  These are known as semi-diurnal tides. In these regions, there are two high tides and two low tides every 24 hours 50 minutes.

The Pacific coasts of North America have two highs and two lows per day with considerable variation in the first and second tides, which are known as mixed tides.

Around the coasts of the northern Gulf of Mexico, much of the Pacific and Australia, the tides are mostly diurnal, ie once daily, having one high and one low tide per day.

Water depths and drying heights on charts are measured above chart datum, which is the lowest level the tide is ever expected to fall. Estimating the tidal heights at any given time and place requires analysis of data from tide tables to help calculate the tide times and heights at a specific time. Charts are needed to provide the exact position and its charted depth. 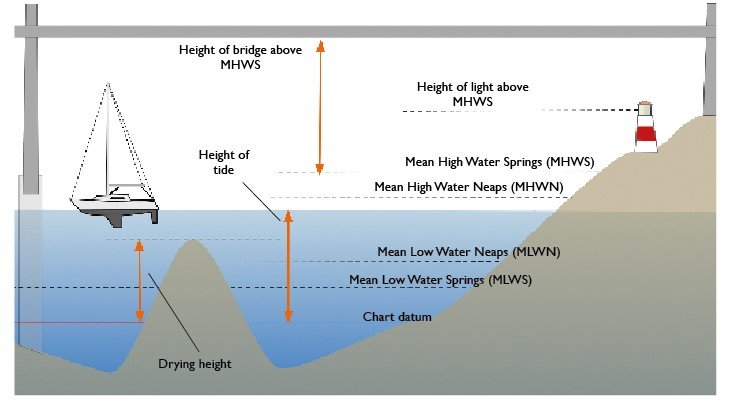 The tidal range at any given place on the Earth’s surface varies enormously, according to coastal topography, depth of water and size of the sea or ocean. Exceptionally high tidal ranges occur along the coasts of oceans and in bays.  The greatest tidal range is found in the Bay of Fundy in Canada (15.25 metres), whereas seas such as the Baltic and Mediterranean experience little or no tide at all, due to their smaller volume and size compared to the oceans. 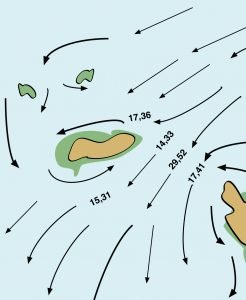 The tidal stream is very important for the navigator and at any given location it continuously changes.  The direction of the stream, known as the set, and its strength, known as the drift, change through time as the tide falls, or ebbs, towards low water and rises, or floods, towards high water.

The good news for the navigator is that the tides behave in a predictable manner at any given location and detailed information is available in almanacs, charts and tidal atlases to assist them with their task.

When planning a trip in tidal waters, always check the tides before going afloat. Use almanacs, charts, tide tables and tidal stream atlases to gather all the data you need. It is advisable to have a written note of tidal data for your trip including:

Check when and how the state of the tide will affect local areas including shallows, harbour entrances, sand bars, headlands and estuaries.

Also check predictions and forecasts to determine if and when rough seas caused by wind against tide will occur. Be prepared to change your plan to avoid being caught in adverse conditions.

Use all the data you gather to: