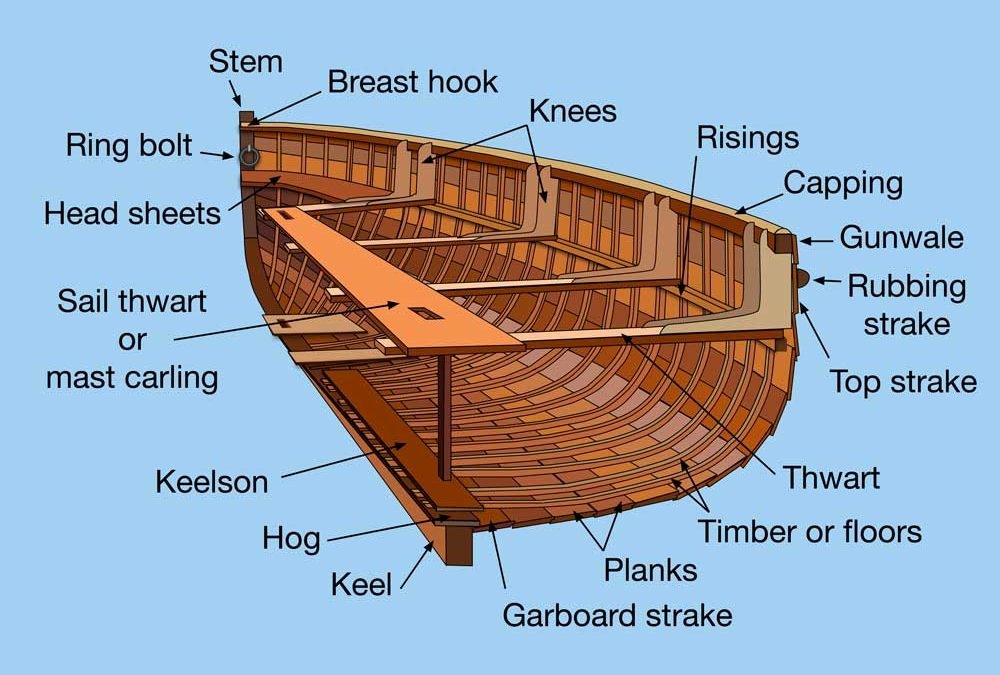 The hull of a wooden boat usually has a keel and frame made from a hardwood such as oak, with planking made of softwood, such as pine or cedar. 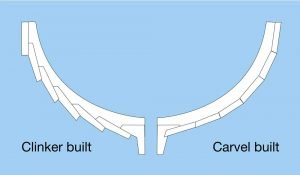 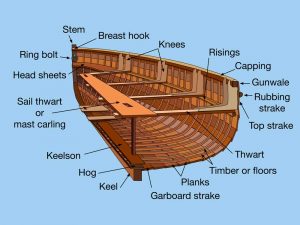 The frames of carvel-built hulls are put in place first and then the planks are fastened to the frames. The frames provide most of the strength of these boats and the planks are thinner than on clinker-built boats. 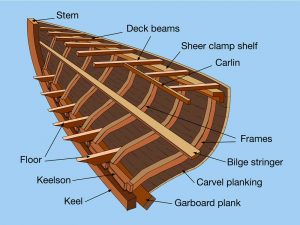 Strip planking is a type of construction used for smaller, lighter boats where the edges of thin strips of planking are glued and fastened together, similar to the carvel method but needing no caulking between the planks. 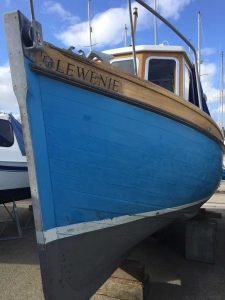 More recently, since the mid-20th century, marine plywood has been used for hull construction. Marine ply is very durable and less prone to rot than ordinary plywood, offering high resistance to water and fungus, the causes of wet and dry rot. Plywood panels are either fixed to a frame, known as ply on frame construction, or alternatively the panels are edge glued together and reinforced with fibreglass, which is known as the stitch-and-glue method (as used by the popular Mirror dinghy). This method does not use a frame and is a little more straightforward to build.

Another modern type of wooden construction is cold moulding, which is similar to strip planking but uses several multiple layers of thin wood or veneers where layers of veneer are laid at criss-cross angles to one another, resulting in a strong, flexible and lightweight hull. 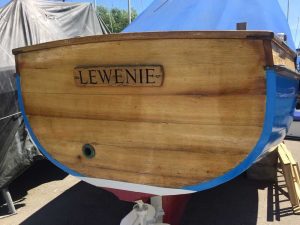 If you look around a boatyard one of the first things you might notice is that some boats have some serious covers over them while others don’t. Is that just excessive love and attention by some of the boat owners? Or is there more to it than that? If you were to look under many of those covers you would probably find that most of the boats are wooden. Covers prevent rain (fresh water) from penetrating the inside of the hull through deck leaks, which can lead to wet rot. Note that salt water is not such an issue as salt water prevents rot from developing, while rain water does the reverse.

Covers also prevent the sun from harming wood and they will make a big difference to a boat that is left ashore for several months. 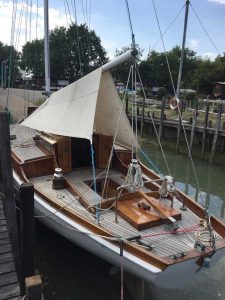 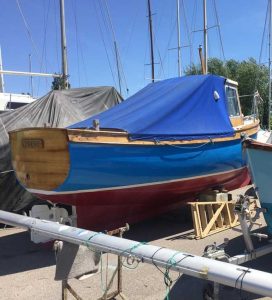 Preventing a wooden hull from drying out

At the same time, allowing a wooden hull to dry out completely is not desirable as the timbers will shrink. It is important that wooden boats have just enough air circulating around them to ward off mould and mildew, but not so much that they dry out completely. The trick is to keep the boat’s moisture content constant, allowing enough moisture in to prevent it from drying out. That means taking the covers off from time to time when the sun is not too strong and there is a gentle breeze blowing, rather than a howling gale. 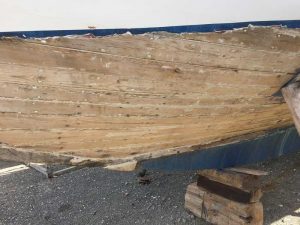